Continuing from the 2000 ICPSR Annual Report....

Web technology continues to develop extremely rapidly. As new tools and techniques become available, CNS will continue to attempt to utilize them to provide innovative and useful services via the Web. CNS has moved in the past year toward standardizing the Data Analysis System software developed at the University of California for on-line subsetting and limited analysis of a small but significant number of studies. A major redesign of ICPSR's Web site is under way, and is scheduled for implementation in the next year. Over the past two years, CNS has cooperated with the Council for European Social Science Data Archives (CESSDA) to integrate ICPSR's catalog into a truly international index covering the collections of ICPSR and the national archives of Australia, Israel, and most of Europe.

SDA is certainly the de facto standard at ICPSR for on-line analysis of datasets, but it is also the case that we have turned this web application into more of a platform for a wide range of different services.  Had the team known how this would progress over the next ten years it might have selected something different; more of a bona fide platform for building services rather than a finished web application twisted into a platform.

Integrating ICPSR's catalog into larger catalogs turns out to be a business problem, not a technology problem.  Packaging ICPSR metadata into standard formats (like DDI) and exposing it to search engines and harvesters is simple; making the business decisions about who has access, who can redistribute/deliver our holdings, where the search actually takes place, etc are the difficult problems.  And none of them are technical.

As long as ICPSR continues to operate a significant "retail business" for data delivery, I don't see the landscape changing.


With the authorization of Council, CNS has begun testing and implementation of an open Web-based ordering system. Under this approach, anyone on a participating member's campus will be able to directly download all ICPSR data and machine-readable documentation without requiring the intervention of their campus Official Representative. The testing and development of this service is scheduled to be completed in the first quarter of 2001.

This year CNS released the Web-based replacement for CDNet, the Consortium's pioneering Internet-based data order and retrieval system. CNS staff continue to participate in the development of an XML implementation of a social science codebook standard in conjunction with the international Data Documentation Initiative. CNS staff will continue to work on the integration of this and other XML standards into ICPSR's internal metadata catalogues and processing systems.

This project was completed long ago, of course.  It is hard to believe that ICPSR only started making its content accessible via the web in 2001, but I suspect that this was another case where the issue was bound up in business process rather than technology.  For example, if the business process at the time was to keep the Organizational Representative (OR) firmly in the middle, positioned between ICPSR's delivery system and the consumer, one can imagine how revolutionary it would be to tell the ORs that they would now be on the sidelines.

And now for a few more photos from the annual report.  As with past posts in this series, mouse over the photo to see the name of the person. 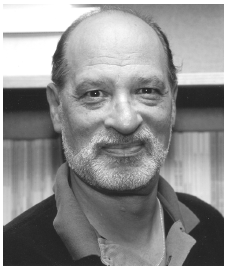 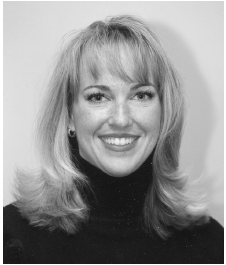 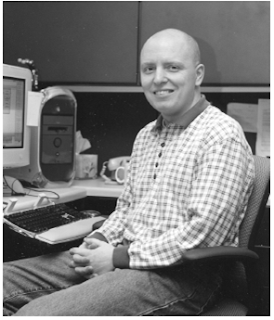 Labels: then and now